In 1905 Albert Einstein had his miracle year, publishing 5 papers, including the Special Theory of Relativity, the Mathematical Description of Brownian Motion, and the E=mc2 formula. One of these papers was titled “On a Heuristic Point of View about the Creation and Conversion of Light.” [Ref 1] In section 8 of this paper he develops a mathematic model that describes how light creates cathode rays. What was heuristic was that he described light as “energy quanta” (photons) for the first time but what was worth a Nobel Prize, was that he was correct.

It is quite easy to demonstrate the photoelectric effect with an electroscope and a short wave UV-C lamp. By placing a negative charge on the electroscope, and shining the short wave UV light on top, it will discharge. Short wave UV is usually blocked by glass, but visible light is not, thus a pane of glass can be used to show that it is not just regular light that is causing the discharge.

It helps that on the top of the electroscope there is a zinc plate which has been scrubbed with steel wool. This removes the zinc oxide layer and makes it more sensitive to the light. Also note that if the experiment is tried with a positive charge, for example with a piece of glass rubbed with silk, it will fail to discharge. This is because the photoelectric effect is only for electrons and will only work on negative charges because they are at the surface, but the positive charges are held deep in the nucleus by the strong force. In fact, the photoelectric effect is a great way to identify positive vs. negative charge.

With any form of visible light, you will not get the electroscope to discharge. It does not matter how bright the light is, even lasers will fail. It takes ultraviolet, specifically the short wave UV-C, because even black lights are not energetic enough to liberate the electrons.

The thing with light is, the shorter wavelength the more energy it has, and this was already well-known and given by Max Planck’s formula E = h f , but it was the idea that light hits one electron at a time individual pieces of light, not as waves, that won Einstein the Nobel Prize. ONE particle of light hitting ONE electron at a time. Einstein called this particle a quantum of light, meaning that it is a discrete exchange of energy. We now call this a PHOTON. Albert Einstein took Max Planck’s formula for the quantization of energy in black bodies and extended it to describe light. This implied that light delivered its energy in bundles of E=hf. This was a new and heuristic idea, but it explained the photoelectric effect. KE is the energy of the escaping electrons and W is the energy required to liberate them from the metal.

The Phet Simulation of the photoelectric effect is a great way to engage students with the details of this modern physics concept. It is based on the experiments of Robert A. Millikan who proved Einstein’s perspective by experiment.

It is also possible to demonstrate the photoelectric effect with a small neon bulb. These will turn on at about 70 volts. Hook one to a high voltage source and then dial it back until it is just about to turn on. Now it will be so sensitive, that just a little extra energy will make the electrons jump and conduct. This will NOT work for red and green light. It must be blue, or ultraviolet. That’s right, blue light ACTUALLY DOES have more energy than red and green light. This is because light travels as photons, and the shorter the wavelength of light, the more energy per photon. 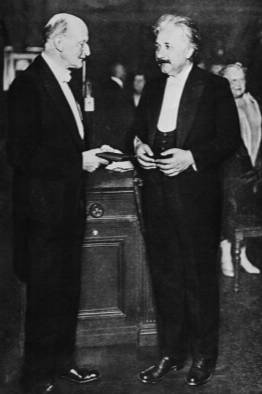 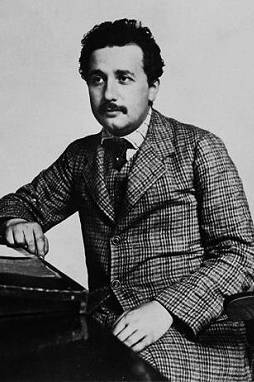 Figure 1b (right) Albert Einstein c.1905 at the patent office desk where he worked as a third-class clerk, and occasionally worked on his “miracle” papers.

Figure 2. The electroscope is discharged by shining short wave ultraviolet light upon it. 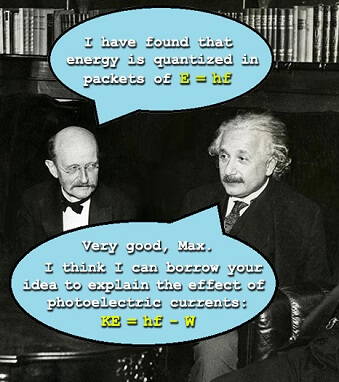 Figure 3. Max and Albert have a chat 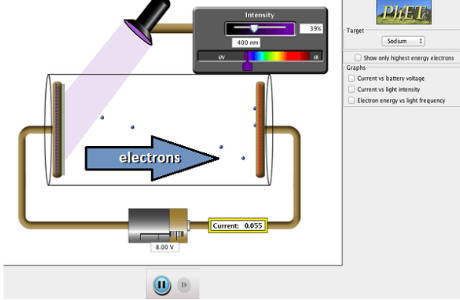 Figure 4. Screenshot of the PhET simulator

Figure 5. The energy of blue light can cause electron conduction in a small neon bulb. The bulb stays on because plasma conducts better than rarefied neon.